11 Reasons Why Everyone is Moving to Oakland Besides the Weather 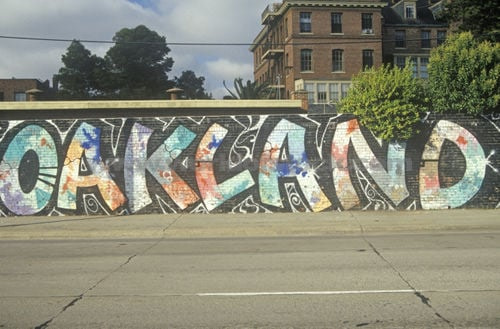 Just when you thought the Bay Area was saturated, thousands of people are moving to Oakland and its surrounding area. Many reasons have been given for this exodus from elsewhere in California, including a more affordable housing market, easier access to nature thanks to new parks and trails being built near urban centers as well as technical talent like Amazon Web Services who need workers nearby.

Oakland is the fourth most populous city in California and has a lot to offer. It’s great for families, singles, couples, and any type of person looking for a new start.

For many generations, living in the Bay Area has been a dream. For years, people have been attracted to California because of its stunning coastline, pleasant climate, and liberal outlook; more recently, the state’s thriving tech and art communities have only served to increase this allure. San Francisco is undoubtedly the first big city that springs to mind when the Bay is mentioned, but its neighbor Oakland is beginning to seriously challenge it thanks to the influx of young professionals, creatives, and artists who call it home. Here are every justification for everyone relocating to Oakland:

Oakland has quicker access to downtown San Francisco than other San Francisco communities have since it is located just over the bay and is just a short BART trip away. This is a result of the two cities’ very effective public transportation system, which is quicker and more accessible than the metropolis’s own network of buses and trains. Additionally, you may leave your vehicle at parking paradise (also known as Oakland or just your home) and go with your daily activities in the city before taking the train home at the end of the day. It’s also important to note that Berkeley, another popular city with a ton to offer creative millennials in terms of culture and entertainment, is not far from Oakland.

If you reside in San Francisco, you are well aware of the absurdly expensive rents and the difficulty in finding quality home, even at exorbitant costs. Oakland has far more possibilities for affordable, humanely designed houses and flats. For instance, in 2013 the typical rent in Oakland was $1,812 but it was a startling $3,396 in the Bay. For just a little trip over the bridge, there is a significant price difference. A brief glance at Craigslist will make it abundantly evident that there are plenty more quality flats available. If you move to Oakland, you won’t have to live in a shoebox or share a home with more than a dozen other people. Is that better than San Francisco, or what?

3. There are more job options than you would imagine

Although there is a lot of fresh talent in Oakland, it is not impossible to obtain a job. With major corporations like Pixar and Pandora, several independent publishing houses, a burgeoning startup culture, and other factors, Oakland has seen a significant increase in employment, particularly in the tech and media sectors. In addition, seven businesses from Oakland were on Forbes magazine’s list of the top 100 fastest-growing firms in the country, including 3D printing expert Fathom, which came in at #2 overall.

4. The climate is really better here

As strange as it may seem, Oakland does genuinely experience weather that is far nicer, warmer, and brighter than San Francisco and the West Bay. In Oakland, the average annual temperature is in the 60s and 70s, and there are 261 on average out of 365 days that are sunny. Furthermore, since the weather is more consistent, residents don’t need to carry hoodies about in case the city’s temperature drops by ten degrees when the fog rolls in.

5. Small enterprises get an advantage

With so many small shops to select from, you can keep it local and meet all of your shopping requirements. The Oakland community places a strong focus on buying locally and keeping money in the East Bay. If you’re moving to Oakland with a big idea brewing, this could just be a perfect spot to plant seeds and nurture your new endeavor. The local organization Oakland Grown offers small companies a broad variety of help under the auspices of the Sustainable Business Alliance.

6. The scenery is breathtaking.

Oakland has it everything when it comes to the great outdoors: clean, salty sea air, winding paths that lead to stunning sunset vistas, like the Claremont Canyon Fire Trail, urban parks with a variety of services, and of course Lake Merritt, the 155-acre lagoon in the midst of the city. The 3.4 miles of coastline and famous tidal lagoon in Oakland, which is surrounded by parks, are a source of great pride for the city’s citizens.

The West Bay and Oakland are committed to participating in the green revolution and improving the globe. Oakland’s vacant lots have been turned into urban vegetable gardens, and purchasing food that has been produced nearby is such an easy and rewarding victory that it is no surprise the locals are so very pleased. The city has become the heart of urban farming thanks to new agricultural legislation, and groups like City Slicker Farms make urban farming accessible to everyone by offering education programs and help with starting your own backyard mini-farm. The city’s attempts to be sustainable are represented by Sustainable Oakland, which includes anything from water preservation and conservation to funding resources for renewable energy initiatives.

8. It has a strong sense of culture and the arts.

Oakland is all about creativity, from fine art galleries to hippy-style art collectives, avant-garde performance spaces to experimental music groups, DIY everything to abundant graffiti. Local artists claim that inspiration just comes to them from their smart coworkers and neighbors, wafting on the breeze. If you appreciate art or are an artist yourself, this is a compelling argument to relocate to this area. Keep a watch out while you walk since rumors also suggest that the city’s gnome population is growing.

9. Driving and parking are quite simple.

Driving and parking a vehicle are more often seen as biblical punishments in contemporary cities than as commonplace activities. The driving and parking conditions in Oakland will make you shake your head in bewilderment if you’ve ever attempted to locate parking in San Francisco or you’re moving from New York. No more spending 30 minutes driving around one-way blocks looking for a spot to park for the day. No more outrageous parking costs. It’s true: you can have the city vibe without the city parking hassles in a magical place called Oakland.

10. There is a lot of cultural and ethnic diversity.

A cosmopolitan city should be all about diversity, and Oakland is one of the most varied cities in the nation with a population that is a crazy mix of races and nationalities. The city’s vibrant communal life and creative spirit are fueled by the enormous variety that creates such a vibrant fusion of cultures and ideas.

The culinary scene in Oakland is undoubtedly expanding. Some people would even go so far as to claim they prefer it to San Francisco’s, which is noteworthy. However, it makes perfect sense given that the expenses of starting and maintaining a restaurant in San Francisco have skyrocketed. To put it another way, young and innovative chefs are coming to Oakland in search of more cheap yet equally hip places. Visit Calavera and Ramen Shop to discover what these previously San Francisco-based chefs are serving up in Oakland. If you care as much about your conscience as your palate, don’t worry; establishments like Rudy’s Can’t Fail Cafe and Doc’s Classic provide delicious, ethically-minded snacks at fair prices, allowing you to keep to both your spending plan and your moral principles. How about some reasonably priced meals in the Bay? In this blog article, you may discover a few excellent examples.

Want some assistance if you’re moving to Oakland? Look through our directory of suggested movers in Oakland.