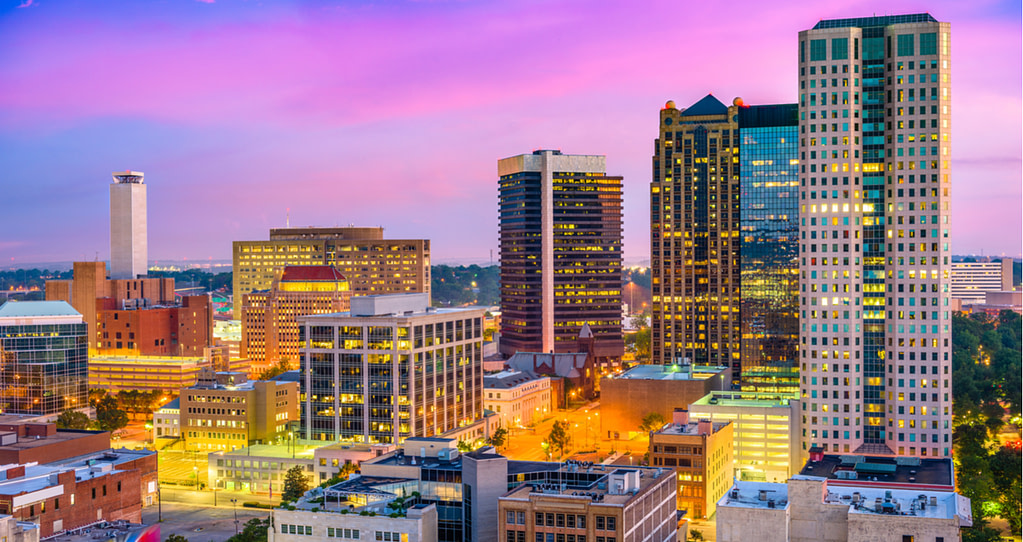 Birmingham is a great place to live, and there are plenty of neighborhoods that are perfect for anyone. Here’s your guide on the best places in Birmingham to call home.

Birmingham, Alabama is a large city with many neighborhoods. Some of the best neighborhoods for moving are listed in this blog post.

The name probably gives it away, but for those who need lots of trees and a sweet neighborhood feel, Woods Park is full of hundred-year-old trees on the northern slope of Red Mountain. The neighborhood offers a desirable escape from the bustle of downtown. It boasts its own “downtown” on Clairmont Ave, with a good selection of funky shops and eclectic restaurants. Most of the architecture is from the 1900s, so you won’t find many high-rise apartment buildings or high tech vibes here.

Families and young professionals who don’t wish to live in a busy metropolis are the best candidates.

Crestline has a small-town atmosphere and is possibly one of Birmingham’s greatest communities for families. This area is made up of three little settlements that are hidden along Mountain Brook. All of them are connected by Church Street, and the majority of Crestline residents can walk to the grocery store and the library. Residents benefit from the close proximity to everything that Birmingham has to offer while yet experiencing a real sense of community.

Recommendation: The Crestline Bagel Company is reputedly excellent. However, during peak bagel hours be prepared to witness lengthy queues.

Best for: Families or anyone looking for a small-town atmosphere.

This area originally housed Birmingham’s downtown zoo and is now receiving a long-overdue makeover. The former zoo is now one of the city’s biggest parks, famous for its amphitheater and a large green area that is free to the general public. Avondale has a hip assortment of eateries, breweries, and music venues that will keep socially active locals happy. The city has made major investments in neighborhood beautification and infrastructure. Enjoy it by strolling to the Avondale Brewery, seeing the artwork at MAKEbhm studio spaces, or attending a performance at Saturn Birmingham.

Southside, which is home to many of Birmingham’s major attractions, is a lively area. Due in part to the many brand-new apartment buildings that have just been constructed, it is one of the areas with the densest population. In addition, Southside is home to the University of Alabama Birmingham, which has a sizable student population. The Five Points neighborhood is home to historically important churches and synagogues that serve as the foundation for the region’s religious heritage. This neighborhood is varied in terms of culture and ethnicity. Dog lovers might enjoy in the 19 acres of green space provided by Railroad Park. When the Barons play, Regions Field is the place to be for sports fans.

Best for: Southside is one of Birmingham’s most varied neighborhoods, making it a great area to live for just about everyone.

Are you prepared to act now? Unpakt can assist you with finding reliable movers in Birmingham.