The 10 Best Places to Live in California 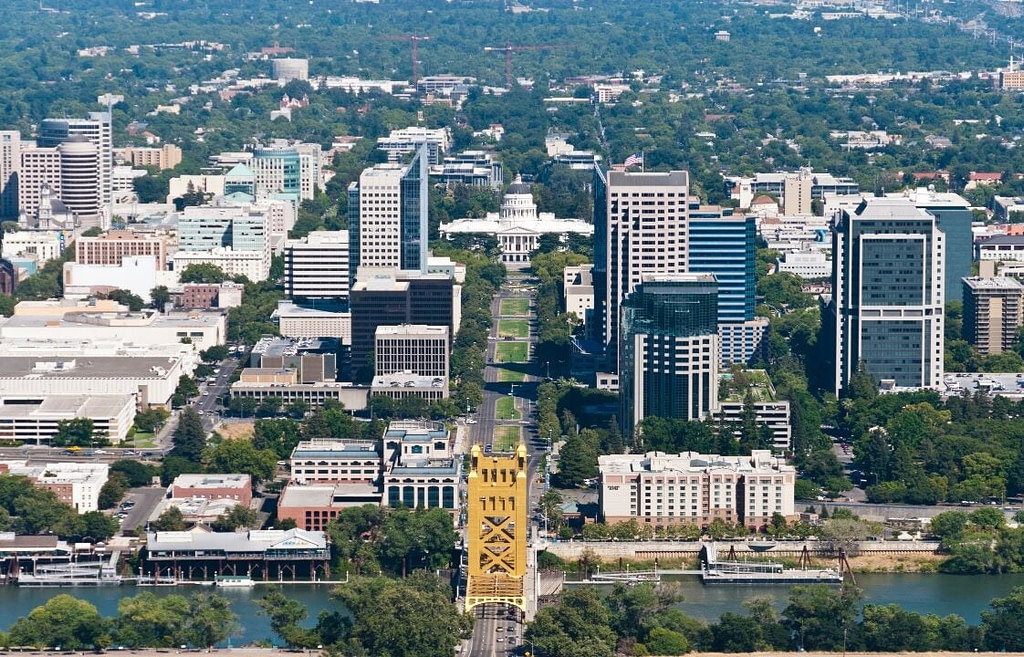 With a view of the world’s most famous coastline, in one of America’s best-known states for its natural beauty and cultural opportunities, it is no surprise that California has become home to some of the country’s wealthiest people. Here are 10 places where you can live out your Californian dreams.

You are prepared to put the adage that the West Coast is the greatest coast to the test after hearing it. Making a move to California? Here are the top 10 areas in the Golden State to reside, providing something for everyone’s preferences.

When it’s freezing in Chicago and gloomy and cold in San Francisco, LA is the place to be all year round. Residents of Los Angeles may enjoy the sunlight for about 300 days out of the year, while the “winter” months only see comfortable temperature decreases to the 70s. And with over 4 million people living in Los Angeles proper, there are plenty of attractive and varied individuals doing exactly that. On any given day, you may hear approximately 200 different languages being spoken, possibly while taking in the vibrant art scene or even while hiking through the vast public grounds just outside of the city. There will always be something interesting to do and see.

San Diego may be ideal for you if you’re a die-hard beach bum. The warm climate, with temperatures that seldom deviate from a pleasant 70 degrees, means that beaches like La Jolla Cove are waiting for you all year long. In the sweltering summer, temperatures in the suburbs might soar into the 80s or even approach 100, but you can always rely on the seaside regions to cool down. There is space for everyone, even if the 1.4 million population does not include the mostly steady number of tourists. Residents have access to protected natural places to go outdoors and play thanks to green spaces like Balboa Park (which houses the Zoo), Torrey Pines Nature Reserve, and Carlsbad Ranch. wacky fact? In commemoration of the holidays, all the museums open their doors for two days in Balboa Park’s Festival of Lights each December. Look at some of the greatest areas in San Diego since you’ll discover that it’s also the most reasonably priced city on our list.

The Golden Gate Bridge, the bizarre counterculture, the expanding tech sector, and the comfortable weather all year round? San Francisco’s population of little under a million people enjoys everything. In fact, this city, which served as the center of both the Gay Rights Movement and the counterculture movement in the 1960s, is home to just about every interest you can think of. Join the ranks of highly compensated individuals in the quickly growing IT industry, which draws young and ambitious people from all over the globe, if you enjoy your suit and tie. Foodies beware: you’ll never be able to taste every restaurant and bar on your list. The Bay is home to an endless array of amazing dining choices, including the popular Farmer’s Market held every Saturday outside the Ferry Building.

With 92k residents, this community may be the healthiest one you’ve ever lived in, where eating veggies, exercising, and getting enough vitamin D are merely ways of life. A really amazing vista is also available, with the spectacular Santa Ynez Mountains serving as the background. You can genuinely experience a European atmosphere without taking a trip at the city’s shops and delectable eateries. The city’s downtown has stucco buildings in the Mediterranean style with red-tile roofs that allude to the city’s Spanish history. Even while the city’s high-end lifestyle is reflected in home costs, it may still be one of the greatest areas to live in Southern California if you’re looking for a sophisticated lifestyle.

Irvine, a somewhat smaller city with just over 266 thousand inhabitants, is the ideal vacation spot for anyone looking for California’s farmer’s markets, culture, and weather without nearly as much metropolitan bustle. There are many students in the area, which is home to the University of California, Irvine, so there are many educational opportunities and university-related employment available. At the Pretend City Children’s Museum, families may amuse themselves while taking advantage of the city’s excellent safety rating. You won’t have to battle traffic as you go through the city’s 46 “townships,” each of which was specifically created by the city planner to have a distinctive architectural style. Instead, sensors and computers control traffic across the whole city.

Over 9% of Berkeley’s 121 thousand citizens go to work by bicycle, therefore cyclists, unite! Given how supportive the city is of urban riding and how pleasant the weather is all year long, this isn’t a major concern. To enjoy the vista and possibly ride the 100-year-old vintage merry-go-round, you can bicycle yourself up to the Berkeley Hills or to Tilden Park if you’re feeling bold. If you’re looking for an inexpensive location to live nearby, Berkeley, which is located across the Bay from San Francisco, is a fantastic spot to start your search. To take advantage of all that is conveniently located for travel, take the BART into the city.

The population of this Silicon Valley metropolis is little over 1 million. If you manage to live in San Jose and you don’t become friends with someone who works for Google, Adobe, or Apple, then you must truly be living under a rock since odds are good that you’ll wind up working for one of the several tech firms that keep this economy growing. You guessed it—the climate is moderate, with typical temperatures between 50 and 70 degrees and around 300 days of sunshine annually. You’ll have plenty of chances to try tacos from the city’s amazing food trucks as a result!

Palo Alto is the location for you if you desire the walkability of a wonderful Californian city, the educational possibilities that come with having Stanford University nearby, and streets lined with 100-year-old oak trees. The name, which translates to Tall Tree, honors a 110-foot redwood tree located inside the city. Palo Alto’s atmosphere is thus more laid-back than that of its Bay Area neighbors. Greater suburban expansion implies more fantastic restaurants and space for riding, but less vibrant nightlife. After all, those Stanford students sometimes need to study.

Locally referred to as Sactown, this city of slightly under 500,000 inhabitants is renowned for being very advanced in its usage of renewable energy and environmental awareness. The city upgraded its infrastructure with the help of a $100 million energy retrofit fund, and it intends to keep making investments in the future. When it comes to food alternatives, neighborhood aesthetics, and arts and culture, the city is clearly America’s most diversified metropolis, according to Time Magazine. Additionally, Sacramento is a highly family-friendly city with plenty of fun things to do for the whole family.

It’s no secret that Santa Monica Beach is the place to see and be seen; after all, we’ve all seen photos of people rollerblading down the sidewalks there. Hollywood visits Santa Monica often to shop, enjoy the sun, and dine at upscale establishments. Therefore, if you visit Third Street Promenade, you could see some celebrities there. A sight to see is Muscle Beach, where bodybuilders congregate to flex in the heat. Given the high-class lifestyle that locals want, the cost of living is also correspondingly high, but so is the average income. Again, the city is quite walkable; being outdoors is essential during the 300+ days of sunlight every year.

Are you prepared to envision longer, sunny days? Pack your sunscreen and use Unpakt to get a guaranteed price from a reputable interstate moving company.