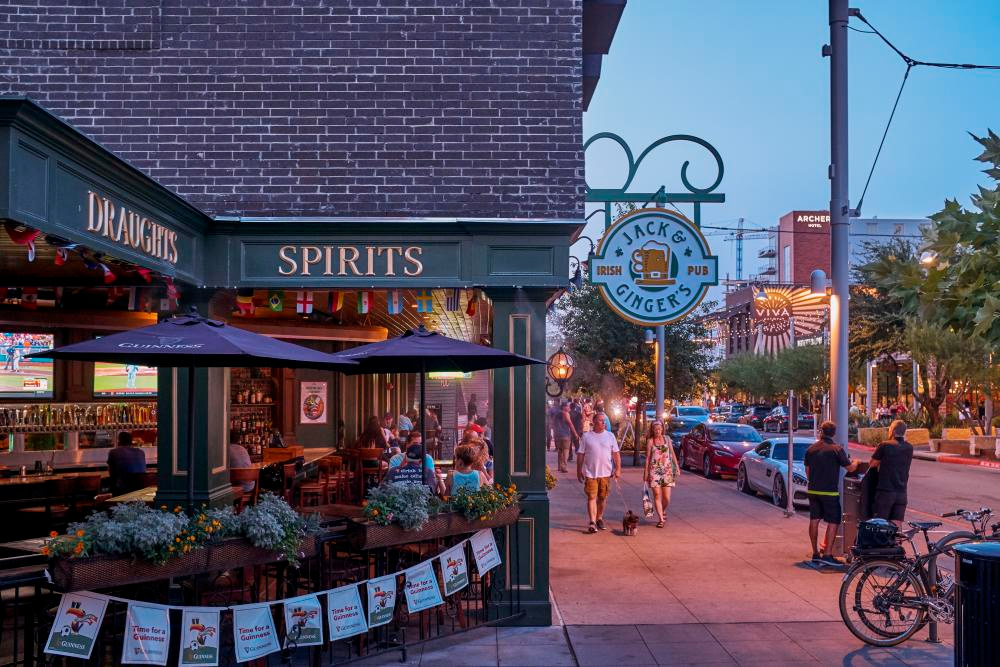 Austin is a burgeoning city in the U.S., and one of its many perks includes being home to an impressive amount of hipster neighborhoods – all conveniently located close to each other! This article will highlight some of Austin’s most notable, progressive areas for those who are eager to live among that cool crowd.

East Austin is a neighborhood in Austin, Texas. It is known for its hipster culture and as the home to many food trucks.

If you’re relocating to Austin and consider yourself a hipster, you’d probably like living in a community where there are plenty of other people who share your interests. Some cities, such Portland, Seattle, San Francisco, Providence, New Orleans, Wicker Park, and Brooklyn, are immediately associated with hipsters; nonetheless, Austin is far more hipster-friendly than you may anticipate. Farmers markets, regional food trucks, independently owned pubs and restaurants, a high walkability rating, and a sizable population of people working in the arts are all characteristics of a hipster paradise. Of course, even people who don’t work in the arts are at least interested in it! Austin fits this characteristics exactly. The areas listed below are likely to be home to many millennials who share independent political views, a sense of non-mainstream style, and a love of artisanal and organic cuisine. As in any city, relocating to Austin may be stressful. To reduce your worry, utilize Unpakt to find the finest moving company for your requirements.

Austin East made the “America’s Best Hipster Neighborhoods” list by “Forbes” magazine. The area used to be predominately full of low-income residents years ago, but pockets have changed here in recent years. Austin East is home to countless artists, musicians, and locally owned businesses. A few favorite hangouts include The Brixton, Rio Rita Lounge, The White Horse, The Liberty, Shangri-La, and Yellow Jacket Social Club.

Austin East also offers a number of amenities that hipsters cannot help but appreciate. HOPE Farmers Market is at Pine Street Station every Sunday, and the East Side Drive. It hosts many fun events. The Austin East Studio tour also takes place here every November, showcasing more than 200 local artists.

This neighborhood was one of the leading hipster neighborhoods before the rise of Austin East. It is known for food trucks, art and music venues, organic restaurants, and eclectic small retailers. The area became a mecca for artists in the 70s, and by the 80s, unique retailers began popping up all over.

Austin Heights used to tie with Congress South as Austin’s best hipster neighborhood. Although it is still very hipster-friendly the zip code has become a lot more expensive in recent years. So, to live here today, you need to have a decent salary. There are several beautiful parks in Austin Heights, as well as two community pools, and a dog park, and living anywhere here puts you within walking distance to hip cafes and shops.

Hipsters who are fortunate enough to purchase the lovely bungalows that dot the tree-lined lanes populate this quiet area. Actually, Hyde Park is a National Register Historic District. Poets and artists are often seen at the local bar, tiny bakery, vegetarian café, Fresh Plus grocery store, and vegetarian café.

There is a strong hipster vibe in this colorful community. It is pricier to live here than Austin East, but it is also right downtown where you can either walk or take public transportation everywhere. A few coffee shops and bars most commonly frequented by a hipster crowd include Halcyon, Frank, War Horse, Dirty Balls, and ACL Live at the Moody Theater.

Austin is a great place for people who are looking to live in a city that has a lot of nightlife. There are many different areas in Austin, but the top hipster neighborhoods in Austin include Barton Hills, East Riverside, and East 7th. Reference: best area in austin for nightlife.