Why You Should Live in Upstate New York 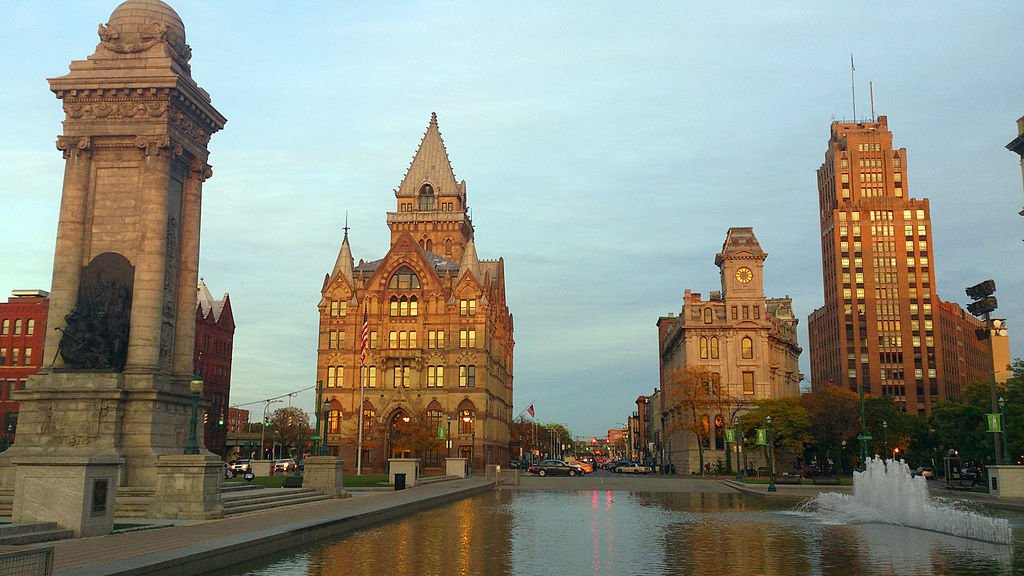 Makers of the show “Friends” are all from upstate New York. There’s plenty to love about this wide-open space that has been home to many American families for generations. Learn why you should move there, and what makes it so special.

If you’re trying to improve your quality of life, Upstate New York has a lot to offer, including vineyards, lakes, grand views, and quiet neighborhoods. If you’re looking for a family-friendly location, Upstate is recognized for its high-quality education. The Adirondack Mountains are nearby if you’re seeking for mountain experiences.

We included a few justifications on why relocating to Upstate New York could be the best choice for you. Check out our selection of fantastic locations in Upstate to help you decide where to call home.

Greenery and the outdoors

If access to open space and clean air are important priorities for you, look no further. Upstate New York, home to the Adirondack Mountains, the Finger Lakes, and the Great Lakes, is so rich in natural beauty that you may not know where to start. Additionally, Upstate has far less population density than the denserly inhabited regions to the south. You’ve got the right ingredients to enjoy some real relaxation.

Over 100 wineries that produce (and give tastings of) regional wines may be found across the Finger Lakes region, which is centered on Seneca, Keuka, and Cayuga Lakes. Farms that provide the many local farmer’s markets with excellent fresh vegetables also adorn the rolling vistas, making Upstate New York a foodie’s dream.

The ideal location for your family

Small classrooms, high graduation rates, and high SAT scores all seem like the stuff of dreams, don’t they? Even in tiny cities like Rhinebeck, New York, with a population of just 7,766 people, school systems in Upstate New York are regarded for being of the highest caliber. There are many of kids to play with, parents to interact with, and a friendly neighborhood if you move to Upstate New York with your family.

There are several towns in Upstate New York, as you can see if you look at the geography on a map. Downstate is confined to a very narrow region surrounding New York City, which helps explain why; nonetheless, New Yorkers disagree on the exact boundary between Upstate and Downstate. Start by looking at these five little towns in Upstate New York to see what grabs your attention.

Buffalo, often known as the City of Good Neighbors, has had quite a revival during the last 10 years. Projects for neighborhood and waterfront regeneration have resulted in an infusion of new eateries and bars, bike lanes, activity on Lake Erie, and a variety of entertaining activities.

Did we mention that Niagara Falls is nearby? That’s also quite great.

Buffalo is known for its passion for sports, Buffalo wings, and the regional favorite beef on weck sandwich, which is made with roast beef on a kummelweck bread and topped with caraway seeds. It’s also not difficult to fall in love with Buffalo when you take into account the accessible housing options and current rise in tech and start-up businesses.

For those who like the historic charm of 400 years of architecture, the Capital of New York lies two and a half hours north of New York City. Empire State Plaza, the seat of New York’s government and the heart of the city’s activities, is located in downtown Albany. Farmers’ markets, free yoga, and a variety of festive activities are all available to Albany residents throughout the summer.

Additionally, Albany is situated midway between the Hudson Valley and the Adirondack Mountains. The outdoor lifestyle may thus be readily explored during the course of a weekend getaway for all you daring sorts. The University at Albany, a member of the SUNY system, offers academic pursuits as well as 18 NCAA league teams for sports fans to enjoy.

In 2017, U.S. News & World Report named Syracuse the number one place to live in New York State, and we think you’ll agree. Syracuse’s downtown is friendly and walkable, even in winter. That means you can enjoy the abundance of restaurants and shops in Armory Square, all while traveling on foot.

Your commute will also be short and simple in this medium-sized city since it only takes around 15 minutes to go from the outskirts to the downtown area. So it makes perfect sense for a family to relocate to Syracuse. You may have a house, a yard, and access to all the city has to offer here. Some of the largest employers in the region are Lockheed Martin, Syracuse University, St. Joseph’s Hospital Center, and Upstate University Health System.

Have you seen the “Ithaca is Gorges” t-shirts? Although it’s a clever word play, they aren’t joking. Ithaca is about as picturesque as it gets in Upstate New York, with more than 150 waterfalls and an abundance of state parks. Additionally, the nearby county has more than 25,000 acres of open space for exploration. That is what makes this quaint hamlet a fantastic starting place.

Due to the frequent influx of tenants from Cornell University and Ithaca College, housing tends to be scarce in Ithaca. In reality, the rate of new house construction has lagged behind the economy and employment market. You will, however, be relocating to Ithaca during a time when the employment market is favorable!

Hudson is sometimes referred to as the Napa Valley of the East and is the locavore’s vision of paradise. This is one of the most prosperous agricultural regions in the state and is located in the southernmost portion of Upstate. The finest of both worlds is yours if you relocate to Hudson, New York. You have both the breathtaking vistas of vast countryside and rolling hills and the unique ambiance of a port city with a long history of shipping.

Even though it has become more urban, downtown Hudson has kept its historic vibe. Only a two-hour train trip from New York City, Hudson has emerged as a destination for individuals seeking a break from the City. You’ll never want for intriguing things to do or see, even in a tiny city atmosphere. Maybe this may give you the idea to create a garden at your new house!

Are you willing to relocate to Upstate New York? Let us assist you in locating qualified movers that can do the task efficiently and economically.

The “disadvantages of living in new york” are that it is expensive and crowded. The upside to living in upstate new york is that you have the opportunity to live a more rural life.